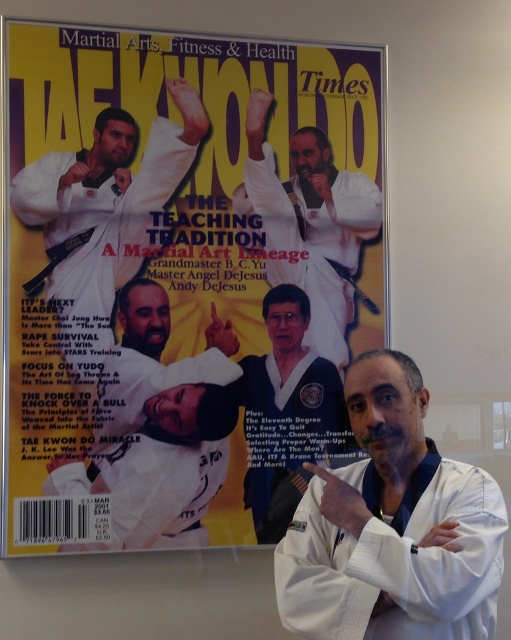 We were featured on the cover of TaeKwonDo Times in March 2001.

Here it is! The Teaching Traditions a Martial Arts Lineage

In 1955 a young Korean Chung Do Kwan Black Belt named Han Cha Kyo knocked over a full-grown bull with a flying kick: a remarkable feat for someone weighing only about 130 pounds (See TKD Times, Jan. 1995). This level of power and skill attracted attention. We had the honor of having trained with Master Han Cha Kyo through the acquaintance of my instructor James BCYU.